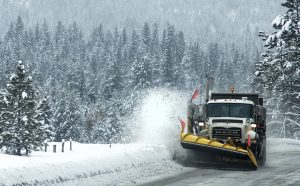 As the economy rebounded from the Great Recession, the Idaho Transportation Department was faced with a dual challenge: retain employees getting high-paying opportunities in the private sector while improving their services.

The answer came by turning the organizational structure on its head and creating a new, future-focused initiative called Horizontal Career Paths.

In order to develop innovative solutions to how services are delivered, ITD reduced the layers of supervision from nine to five and empowered employees to make decisions where the work is being done. This, however, created a career progression issue.

State employees are paid, in part, based on the number of employees they supervise. With fewer supervisory roles, there were fewer opportunities for career development.

So, in lieu of traditional vertical career paths, ITD is developing horizontal ones. These Horizontal Career Paths are progressive stages employees can complete in order to receive higher compensation. Each stage is made up of several performance metrics including a team goal, personal training, skills proficiency, and meeting safety standards.

The first Horizontal Career Path was created for maintenance workers – those who plow snow in the winter and flag or repair potholes in the summer. This is not only the largest single classification for ITD, it was one of the hardest to recruit and retain.

After three years, the department is seeing impressive results. Many vacancies have been filled, employees completing the steps of the HCP are receiving higher compensation, and the amount of time roads are free of ice and snow has increased from 28% to 74%. It has also improved the culture of the department.

“I have learned a lot of stuff that I never knew about,” said J Cardona, a Transportation Technician in Operations (TTO) out of Boise. “I realized I was hard-headed, and this opened my eyes. It’s made me a better operator and a better crew member.”

J has completed the TTO career path in three years. He took advantage of training offered for the path and learned new ways to combat snow and ice buildup on the roads. The team metric of his HCP also brought his shed’s entire crew together.

“We work really well together,” he said. “We talk to each other between shifts, share what’s working or what areas are trouble spots.”

To date, ITD has developed four unique Horizontal Career Paths, with more planned for the future. By integrating it in the right areas within the organization, the department has successfully improved the services they deliver while increasing employee retention.